← back to
Notes On A Journey Records
Get fresh music recommendations delivered to your inbox every Friday.
We've updated our Terms of Use. You can review the changes here.

Confidence In The Future 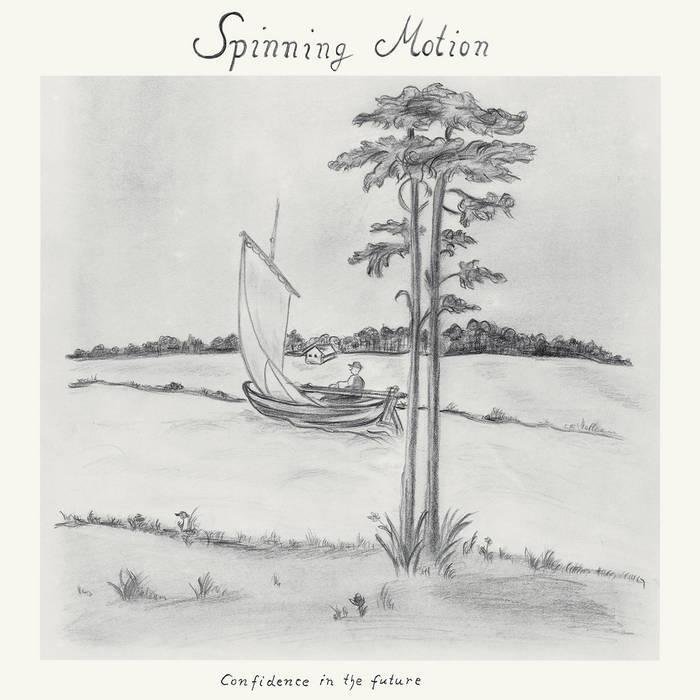 Tedja I love confidence in the future, the track and the album

As you are listen to “Confidence In The Future” today, it quickly becomes clear what kind of worlds must have collided here. A stunning amalgamation of aural treats, created by making subtle compromises between Pop, Jazz, Rock and Folk, that exists in every single track across-the-board. Due to its stylistic complexity “Confidence In The Future” is an album that is somehow never really able to settle on any one taste, inevitably opening up new dimensions to the listener. Imagine how this was in 1980. Especially in Berlin's commercial music scene. And especially when the involved musicians treated the project after its completion, more like a matter of personal importance than a career move. And for Hirsch, Spinning Motion's initiator, all of this seemed to be fulfilling enough. Prophetically the record is named after the most significant song of the eight-piece collection “Confidence In The Future”. 35 years on the title finds the verification it deserves. It unleashes its bottled power no sooner than the day, Jazzanova member and Notes On A Journey co-founder, Stefan Leisering finds the record in a crate at the flea market on the Strasse des 17. Juni. Like a bottle of Château Lafitte-Rothschild unearthed after 35 years, forgotten about in an abandoned cellar, do we get to experience the quiet composure and savage intensity of a treasure brought to light. It takes Leisering another ten years to comprehend what kind of music historical treasure has been hiding in his record collection. He acquired “Confidence In The Future” sometime in the early noughties and only by re-listening to this oddity one day in 2010 or 2011 did everything finally click into place. A lost gem of Berlin Pop history, one that could almost never have happened. Compositions so ahead of their time that you can only understand and classify them today properly. There's a sense of inadvertent (and therefore unaffected) ingeniousness in songs like “Devotion To You”, “Prisoner Of Life” and “Playground Of Burial-Funds” that you have to live in the 21st Century to appreciate fully. Each of the eight tracks (maybe apart from the instrumental closer “Elegy”) has some sort of melancholy, introverted reflectiveness, and yet still always something conciliatory. Manfred Tappert's voice lends his lyrics, written by him, but preconceived by Hirsch, something utterly personal, intimate even. Every single song, particularly within the framework of the oeuvre, tells a story, and due to this intimacy, and the adventurous arrangements touches you deeply. No matter the time or place.

To add to all of this, this incomparable record has also an entirely different facet, which only becomes apparent with today's perspective. The title track, “Confidence In The Future”, and “Answer My Questions” remind one eerily of Kings Of Convenience, and the cosy “Naze” resembles Turin Brakes. So evidently that you'll find yourself, while listening, in a quaint retro-retro-loop, the musical equivalent of a time paradox. But this is exactly the beauty of music. Music doesn't abide by the rules of time and space as we do, and therefore each listen to each piece of music is unique and purely based on the context of the listening. And every once in a while times have to change just so music can find a new determination and new listeners. Confidence in the future ultimately means: Good music is patient, outlives everything and will sooner or much, much later find its destination. NOTES ON A JOURNEY is looking eagerly forward to finally celebrating the first proper release of Spinning Motion's “Confidence In The Future”.

All tracks published by Edition Notes On A Journey / Fondue Publishing.

Spinning Motion was a studio project, initiated 1980 in Berlin by Achim Hirsch and Manfred Tappert, gathers musicians with origins as diverse as their musical backgrounds, aiming to find common ground between Folk, Pop, Jazz and all of its diversified variations. They comprise, Stefan Thimm, a founding member of Accept, saxophonist Joe Kucera and the Bostonian trumpet player Eddie Hayes. ... more

Bandcamp Daily  your guide to the world of Bandcamp